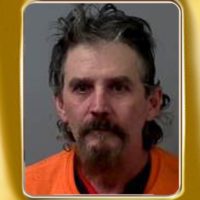 A 50-year-old Blackduck man is charged with one felony count of child endangerment after his 10-year-old son shot himself with a handgun he found in his father’s house.

David Alan Bjerkness was charged in Beltrami County District Court today with Endangerment of Child by Firearm Access. According to the criminal complaint, Bjerkness’ son found the loaded handgun and accidentally shot himself in the knee on November 12.

The boy was taken to Sanford Bemidji Hospital to have the wound stitched, but the boy told an investigator that his dad told him to say he fell on a power tool. The boy’s mother took him back to the emergency room on November 14 because of swelling in the boy’s leg and that is when an x-ray found the .22 caliber bullet.

An investigator from the Beltrami County Sheriff’s Department spoke with Bjerkness who admitted knowing the injury was from a gunshot. Bjerkness stated the revolver was loaded and in his bedroom when the boy found it.

Authorities executed a search warrant and found the revolver in a locked glove compartment of in one of Bjerkness’ vehicles. The search also turned up six long guns and several of the guns were loaded and would have been within easy reach of a 10-year-old.

Bjerkness is being held in the Beltrami County Jail. Endangerment of Child by Firearm Access is punishable by 5 years in prison, a $10,000 fine, or both.