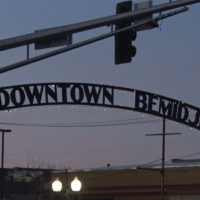 The main stage for Hockey Day may be at the Sanford Center, but Downtown Bemidji is another great place to be for exclusive Hockey Day Weekend fun.

“There will be shuttles bringing you downtown and just lots of downtown activities like Bemidji Brewing, I think they’re going to be showing different types of hockey movies, and there will be hockey games going on inside the bars and restaurants,” says Stephanie Winter, the marketing coordinator for the Bemidji Downtown Alliance.

From food to retail and even art, special Hockey Day weekend-only events are happening all over the area. At the Watermark Art Center, for example, kids can paint their own hockey stick.

“Each kid can get a hockey stick for $5 and they can paint it and decorate it however they want. They can put their name on it. They could put their favorite team on it or just maybe a favorite word of inspiration or just decorate with patterns. It’s totally up to them,” says Jill Oakes, the art education coordinator for the Watermark.

Many of the bars will be showing the hockey games, but they’ll be combining the games with other activities.

“We’re also going to have the big screen up. We’re getting a projector to have the games playing all weekend long, Friday and Saturday at least, and Thursday night we are doing what you call a ‘Puck Drop Party.’ It’s kind of like a kick-off party but it’s hockey, so then we’ll have karaoke, drink specials, food specials. We’re excited about that,” says Brittany Isensee, assistant manager for Keg n’ Cork.

Bar 209 staff will be pulling double duty by catering part of Hockey Day while also running their downtown restaurants. They’ve hired 30 additional people just to keep up with the demand.

“We’re catering for the VIP tent which is a big part of it. So the Saturday event, and we’ve got about 600 people for each meal, and then we’re also helping out with the Thursday night Sanford employee appreciation event, and I think they expect about 3,000 people so we’ve got a big portion of that, and that’s what we’re working on right now,” says Brett Leach, owner of Bar 209.

If you want a souvenir to help you remember Hockey Day in Bemidji for years to come, many retail shops are selling hockey themed gear, cups, and even pucks.

“We’re also just stocking up on inventory in general since we know it’s going to be a really cold weekend, so we’ve got a lot of different knit wears and hats and mittens. All kinds of fun hockey gear and also just Minnesota stuff in general for people who might be from out of town,” Brenna Moen, an associate with 218 Home & Gift.

Be sure to bring your Hockey Day ticket if you visit downtown. The tickets can give you access to a few exclusive deals.