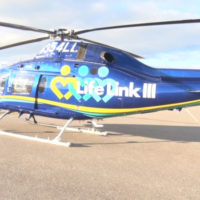 A 9-year-old was killed and a passenger was seriously injured when the utility task vehicle the child was driving overturned and pinned him underneath the vehicle. Jon Thomas Dingwall, Jr. was airlifted from the scene to Hennepin County Medical Center where he later succumbed to his injuries.

According to the Douglas County Sheriff’s Department, the agency received a 911 call on Thursday at 4:20 PM about an ATV rollover incident with injuries. The incident happened at a hay field near Gravel Pit Road in Millerville Township, about 20 miles northwest of Alexandria.

Upon arrival, first responders found Dingwall pinned underneath the machine. A 10-year-old female passenger was also pinned but was able to get free and attempted to get help.

A Douglas County Deputy was able to free the child and began CPR along with first responders from Millerville and Brandon. Life Link III took Dingwall from the scene to the hospital in Minneapolis, where he was initially treated for the injuries before passing away.

The unidentified female victim was taken to the Douglas County Hospital by North Ambulance and later airlifted by Life Link III to the St. Cloud Hospital. She is currently listed in fair condition.

Neither victims inside the side-by-side UTV were wearing helmets at the time of the crash.

The incident remains under investigation by the Douglas County Sheriff’s Office.

BSU Football Not Together, But Still Making the Most of the Spring Season