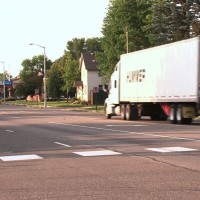 Business HWY 371 Could Change Above and Below the Surface

The city will also be diving into two extra projects that’ll coincide with MnDOT’s. The first one is on the surface and will be to extend the sidewalks all the way to Buffalo Hills Road on the eastern side of South 6th Street.

The second project is below the surface. The city will also update its sewer and water pipes below South 6th Street. Sheeler says some of the pipes are over 100 years old.

Sheeler says the project could still change before the final vote and the city council will continue to listen to the community’s input until the final vote is cast.