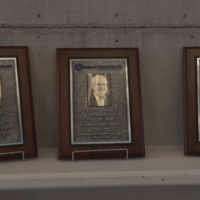 The Luminary Fern at the Northern Pacific Center was busy last night as people celebrated the new members of the Brainerd Public Schools Hall of Fame.

“Tonight is such a fun night. We get to recognize outstanding graduates from Brainerd High School and to dedicate this year to the people for the accomplishments that they’ve achieved since they graduated,” said Laine Larson, Brainerd Public Schools Superintendent.

The Hall of Fame was established in 1999 to honor Brainerd High Schools graduates for their impacts and achievements.

“Every year they induct about two or three, up to four people essentially; people who have gone on to achieve great successes in their careers or in their communities,” explained Jessica Gangl, Brainerd Public Schools Foundation Executive Director.

This year is particularly special because it marks the 50th anniversary of the opening of the current high school building. This year, three people were inducted into the Hall of Fame.

Scott Lykins co-founded the Lakes Area Music Festival, which has brought professional musicians to perform free shows in the Brainerd Lakes Area since 2009. “It’s a real honor to be recognized by the school district and the community that kind of helped me get my start on my musical career,” said Lykins.

Steve Lepinski is being honored for dedicating much of his adult life to helping children with social, emotional, and behavioral problems. “It feels like a big honor. I was surprised and flattered actually when I was called about this,” said Lepinski of his induction into the Hall of Fame.

Mary Tornstrom, namesake of Tornstrom Auditorium in the Washington Educational Services Building, is being honored posthumously for her immense impact on the Brainerd School District. “It’s awesome. We’re really excited and she was very deserving of this award as she was somebody in our family who we’re very proud of,” said Deb Anderson, who is the great niece of inductee Mary Tornstrom.

Each inductee credits the Brainerd Public Schools System for helping them get to where they are today.

“I know that I wouldn’t be where I am today and doing what I’m doing if it weren’t for that opportunity to learn in the public schools and then take what I learned there and make a living and a life out of it,” said Lykins.

The Brainerd Public Schools Foundation is very proud of the students that have passed through the district over the years.

“We’re really lucky to look back and say those people came from Brainerd. Those people are from here, and you can’t say that every day about everything,” added Gangl. “So, it’s fun to have these people that are highlighted and showcased in our community.”

The selection committee is currently taking nominations for next year’s Outstanding Alumni Awards. To nominate someone, visit the Brainerd Public Schools Foundation website at www.bpsf.org. 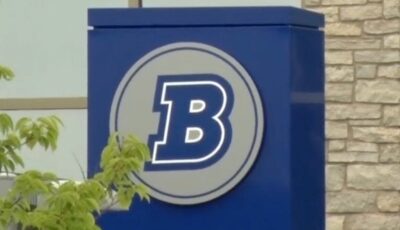