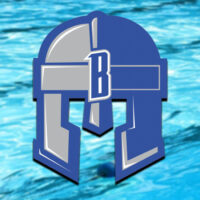 The Brainerd girls swimming and diving team left for the University of Minnesota this morning for the state tournament.

The Warriors were able to send five seniors to state and nine girls total after they hosted the Section 8AA girls swimming and diving section finals, where they were able to win their first section title in 22 years.

After winning the title on Saturday, the Warriors only had three days to prepare for state, which is their quickest turnaround between meets all year.

With Brainerd getting ready to head into the unknown, being able to host a section final in your own pool allows them to fill up the seats and get used to performing for a big crowd.

The Warriors started their tournament off with three diving in the prelims on Wednesday. Swimmers will have their prelims Thursday evening at 6 p.m.