Brainerd Man Arrested After Fleeing From Police And Fighting With Officers

A Brainerd man was arrested after fleeing from police, which later led to a fight with officers.

The incident occurred on Tuesday at the intersection of Southeast 28th and Oakridge in Brainerd, according to Baxter Police Chief Jim Exsted.

Police were out assisting on a priority call when they received information about a disturbance, where a male male was acting strange near a vehicle.

Exsted says Bush was walking when officers approached him. Bush initially complied, but then ran away on foot. Bush then began fighting with officers, though the fight only lasted one to two minutes.

Two officers tried to deploy tasers and chemical agents after the struggle. Officers eventually were able to detain Bush with some assistance.

Both officers and Bush were treated at Essentia Health-St. Joseph’s Medical Center. Bush for an evaluation and the officers for possible exposure to blood and bodily fluids. They were all later released.

Busy is currently being held in the Crow Wing County Jail. 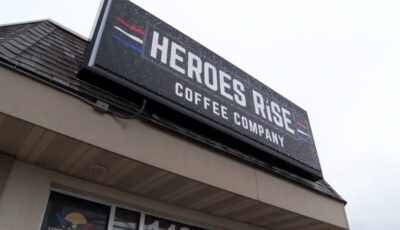 Protesters Arrested Wednesday in Minneapolis After Marching Onto, Blocking I-94