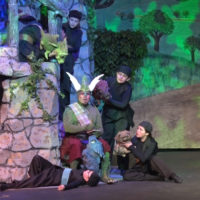 Dragons are traditionally portrayed as the villain in most storybooks, but the Bemidji Community Theater is breaking the stereotype with their latest production, “The Reluctant Dragon.”

The musical tells the story of a teenager named Joie who sets off to find a ferocious dragon, against her town’s wishes. To her surprise, the dragon she meets is friendly. The show is based off the classic children’s tale. Cast members say that while the story is originally meant for kids, adults will find it just as entertaining.

Brandt Johnson, who plays Dennis D. Dragon in the show, says, “It is definitely a family show. There’s some humor in it, so it’s funny and the characters make some references to other material that kind of draws some humor. The kids might miss it, but the adults who come to the show will probably catch on to some of that.”

10-year-old Noah, who plays Buckley Hoggers, says, “They might learn the moral of story which is to treasure your friendships and make sure that they’re strong. So they might learn something from that.”

“The Reluctant Dragon” starts its run in the Historic Chief Theater in Bemidji this Friday. Shows will go through next weekend. 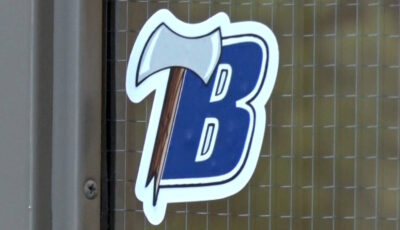