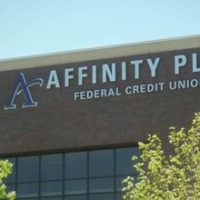 Affinity Plus Month of Giving Finishes with Nearly $22,000

St. Paul, MN – According to a press release from Affinity Plus Federal Credit Union, Affinity Plus’ five-week Month of Giving finished Dec. 31 with nearly $22,000 in contributions from members, staff and the public. That total included the credit union’s $1,000 weekly match to one of its five Charities of Choice that received the most donations each week.

“I can’t say enough about our members, staff and the communities in which we have branches,” said Dave Larson, Affinity Plus President/CEO. “The weekly totals and the final tally demonstrate their generosity and community spirit.”

Along with Second Harvest and Special Olympics, Affinity Plus’ Charities of Choice include American Red Cross – Minnesota Region; Children’s Minnesota; and the Affinity Plus Foundation. All have extensive websites with additional information about their programs and resources.

Month of Giving has been an Affinity Plus fixture for three years.