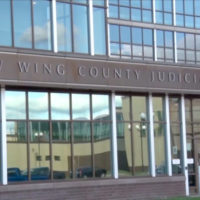 A 31-year-old Ironton man had his first court appearance in Crow Wing County Court today on 30 charges of sexual conduct.

Andrew Mark Donnelly was first brought in for an interview in February after details emerged about 2 child victims being sexually assaulted in a Brainerd home.

According to the complaint, during the investigator’s interviews, Child 2 explained the identified residence is not the main address but the victim went into the garage to get an ATV to go riding. The complaints states that they defendant was in the garage, pulled out a pornographic magazine and showed it to the child. The defendant then exposed himself and sexually assaulted the child.

Child 1 resides with the defendant and the complaint states the sexual assault contact began around June 2016 and continued regularly over the next 9 months. The child states the defendant threatened to “knock her out” and had physically assaulted the victim by punching them in the arm or leg and calling it “dead arm/leg”.

According to the complaint, Donnelly claimed it had been over 2 months since he did anything with Child 1 but justified his actions by claiming he never forced the victim to do anything.

The defendant denied hitting Child 1 but did admit that he yelled at the victim a lot.

Donnelly denied sexual contact with Child 2 but acknowledged one incident where he slapped Child 2 on the mouth after they swore at him, leaving a “fat lip” afterwards.

Judge Kristine DeMay agreed with the state’s recommendation to release Donnelly on either a $100,000 bail or bond, or his own recognizance including a long list of guidelines.

Donnelly is scheduled to appear back in Crow Wing County Court on Dec.11 at 9 a.m.

Lt. Joseph Meyer from the Crow Wing County Sheriff’s Office explains how this case should bring awareness to the community. 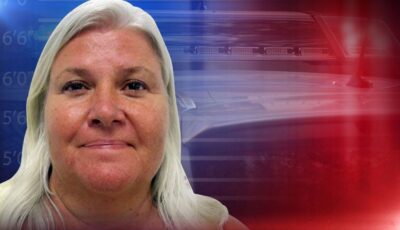 Lois Riess, Extradited Back to MN, Pleads Not Guilty in Husband’s Death