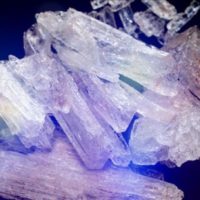 After a state trooper seized a pound of meth from a vehicle, two people are jailed on controlled substance charges.

According to the criminal complaint, a trooper pulled over 35-year-old Christopher George Nytes and 25-year-old Morgan Marie Scheff in Coleraine on Monday.

The complaint says that the vehicle Nytes was driving was in violation of the “Move Over Law.”

During the traffic stop, the trooper noted signs of drug use in Scheff’s behavior and was told she had a warrant for her arrest.

The trooper searched the vehicle with the help of a K9 and found 14.4 ounces of methamphetamine in a toiletry bag and another 1.6 ounces in a baggie.

Both Nytes and Scheff were arrested and charged with first-degree controlled substance crime.

Scheff’s bail was set at $150,000 unconditional and $75,000 conditional including compliance with a drug-testing program.

The two are scheduled to appear in court again February 27.