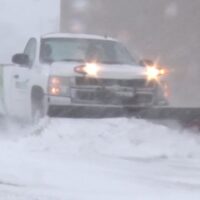 With the first significant snowfall of the early winter season taking place over the weekend, some precautions to take include driving slow and clearing snow off your windshield.

“Minnesota’s winter is here, it’s upon us for the next four or five months,” said Jory Danielson, Crow Wing County Highway Maintenance Supervisor.

Danielson said the 16 snowplow drivers in the county started plowing at 5 AM on Sunday. In terms of which roads get plowed first, Danielson says that depends on the amount of traffic.

Crow Wing County uses the “Where’s My Snowplow” app, which updates every five minutes and shows residents where the snowplows have been and where they are headed to next.