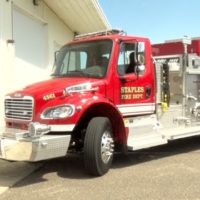 A Wadena County man was badly burned when he took the gas tank out of his pickup truck and it suddenly ignited.

According to the Wadena County Sheriff’s Office, at 12:36 PM on Thursday, a property owner called to report that his garage was fire on 263rd Avenue of Bullard Township, about 13 miles north of Staples.

Upon arrival, deputies found the structure completely engulfed in flames. The Staples Fire Department quickly extinguished the fire but it was declared a complete loss.

The owner of the property, Jason Cherry, 37, was not found on the scene. Law enforcement officials were notified that Cherry had sustained burns during the incident and was transported by a friend to an area hospital.

Officials made contact with Cherry, who explained how the incident occurred.

Cherry sustained 2nd-degree burns on his back and arms. He has been transferred to an unknown facility by North Air Care. The department does not have an update on his condition at this time.

The Wadena County Sheriff’s Office was assisted on scene by the Staples Fire Department and Staples Ambulance. 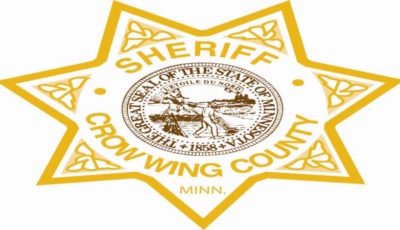