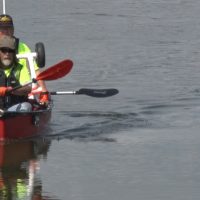 The Mississippi River stretches well over 2,000 miles. Many have made the journey down the river, but one veteran is doing by canoe to raise awareness for a cause that matters the most to him.

“I’m a veteran with PTSD. I’m anywhere between 70% and 100%, depending on which VA report you read. I’ve gotten help now I wanna give other veterans help,” says Howard Jenkins.

Jenkins is Vietnam veteran who is originally from Knoxville, TN. He’s sailing his canoe down the river to raise awareness for a program called Veterans Treatment Court.

“I could ask 99 people on the street out here what Veterans Treatment Court is and nobody knows. What we do is we find veterans that have returned from combat with PTSD. A lot of them have self-medicated with alcohol or drugs, they get involved in the criminal justice system. We keep them out of jail, get them a job, give them a place to live,” says Jenkins.

The program connects veterans to each other to form a mentee/mentor relationship. Jenkins says he feels this is one of the best ways to reach them because they understand their struggles.

“We have a judge that gives them a clean slate. It’s a second chance for veterans. I get a little emotional when I talk about it because I’ve seen it work and I know it works,” says Jenkins while tearing up.

Starting from Lake Bemidji, Jenkins plan is to take around 30 days to canoe down to St. Paul. Then once he’s in St. Paul, the plan is to switch to a pontoon boat to get down to New Orleans.

“Probably 30 days to get to New Orleans and then another 30 days to get across the Intracoastal Waterway into Mobile Bay to Black Warrior River, into Tom Bigby to see Tom Bigby, and then into the Tennessee River and then back over to UT [University of Tennessee]. We’re giving ourselves 90 days, 3 months to make the whole trip,” says Jenkins.

He says if anyone sees the canoe while they’re gazing on the Mississippi, you shouldn’t be afraid to say “hi.” He also says that anyone who wants to take a leg on the journey is more than welcome to grab a paddle.

Jenkins says, “If they want to show up ready to hit the road in the canoe, I’ll step out and let them step in. I’ve got a lot of stuff. I’ve got sleeping bags. I’ve got everything they’ll need in here.” 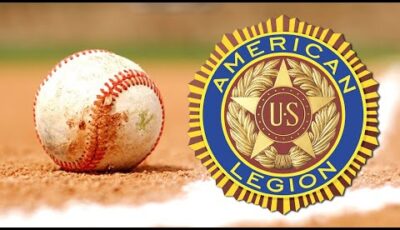 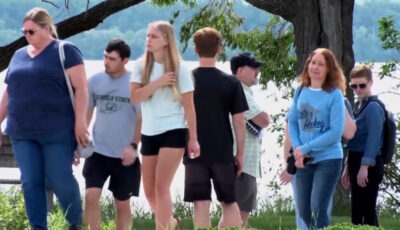 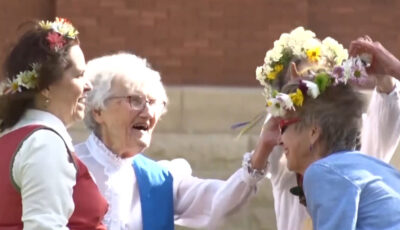