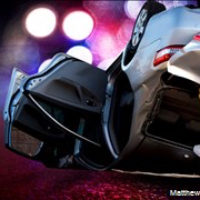 Rollover Crash Sends One To The Hospital

A Thursday morning one-vehicle rollover crash in Wadena County has sent a Park Rapids woman to the hospital.

When emergency personnel arrived, they learned the driver was the only occupant. She was responsive and later identified as Debra Hagen, 56, of Park Rapids. Hagen was removed from the vehicle and was airlifted from the scene.

The cause of the accident is pending investigation.