Jamie Tapia-Morrow, 30, of Brooklyn Park, Minn., was arrested after allegedly selling a large quantity of meth and several prescription drugs to an individual in the City of Little Falls.

Also arrested was 28-year old-Sara Harrison of Minneapolis, Minn., who was in the vehicle with Tapia-Morrow and found to be in possession of approximately 14 grams of methamphetamine.

Five children under the age of 18 were also present in the vehicle with the suspects. Law enforcement officers discovered during this operation the adults were using the children to help in the sale of drugs. All five children were placed in protective custody.

Tapia-Morrow and Harrison are being held at the Morrison County Jail pending formal charges of drug sales, possession and child endangerment. 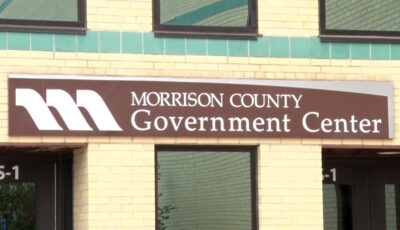