On October 21, 2019, the Pequot Lakes Police Department received a report of a home invasion and sexual assault that occurred on October 20 around 9:00 P.M. in the 3700 block of County Road 168 in Pequot Lakes.

According to the Pequot Lakes Police Department, two men drove up to the residence, identified themselves as police officers and forced their way into the residence. Once inside, one of the men made multiple threats to a female and then sexually assaulted her. It was later learned the two suspects initially went to the house to assault the male homeowner, who fled the residence when the two arrived.

Jeremy Duane Haff, a 39-year-old man from Pequot Lakes was arrested on October 22, 2019 for two counts of first-degree burglary and Liability for Crimes of Another, which is also a Felony for first-degree criminal sexual conduct.

Mason Vale Headlee, a 28-year-old man also from Pequot Lakes, was placed under arrest on October 23, 2019 at his residence in Virginia, Minnesota. Headlee was charged with two counts of first-degree burglary, first-degree Criminal Sexual Conduct and Impersonating a Peace Officer.

All suspects involved have been apprehended but the investigation is still ongoing as officers continue to gather and process evidence. 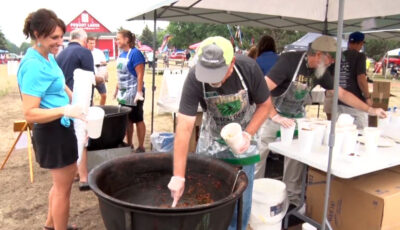