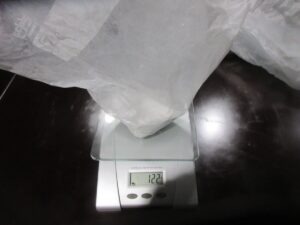 A woman suspected of selling fentanyl on the Red Lake Reservation has been arrested by the Red Lake Police Department.

According to a press release, Katrina Oakgrove is charged with possession with intent to sell and unlawful possession of a controlled substance.

The Red Lake Police Department says following a traffic stop conducted on Jan. 14, they located 122 grams of a white powdery substance that preliminary test results showed to be fentanyl. They also seized $20,075.26 in US currency.

Jesse Rodriguez Milan was also arrested during the traffic stop and is charged with first-degree drug possession of 50 grams or more.

The Red Lake Police Department says this is an ongoing investigation and asks the public to report possible narcotics use/sales by calling the Red Lake Narcotics tip line at 218-679-1922.