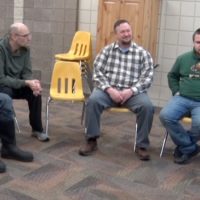 One group, whose main mission is to help any and all fathers learn healthy parenting skills and behaviors as well as overcoming barriers that has prevented them for providing for their children, met for the first time this year today in Park Rapids.

“The project stated, we started getting momentum back in 2010, they had some expansion ideas and some federal grants that they were working on down in the Cities. In 2010-2011 the models expanded, and so we started right here in rural Minnesota, Park Rapids. We are the only rural site in the state, in fact we are one of the very few, fortunate, operating fathering functions in the nation, which is really cool,” said Joe Johnson, CHI St. Joseph’s Health FATHER Project Coordinator.

The program consists of different services that help fathers in several areas of their lives. Services include parent and child support, education, employment and more.

“This program is to help you help learn how to be the greatest dad, and there’s many different parts of the program that you can go through, depending on what you want to do,” said FATHER Project Volunteer Michael Schleicher.

Some fathers of the group have had to grow up without having a father figure in their lives, and some have had to overcome tough obstacles, but fathers say that this group has been a positive addition to their lives.

“It’s changed myself in me so I can be a better father than my stepdad was to me, it’s just progressed from there from volunteer work,” said volunteer Gary Brugman. “The way that I think of volunteer work is it got me to be unselfish of my own needs, to help others instead of just thinking of myself, and after the volunteership grew, it made me progress with my daughter and my stepchildren.”

Since the launch in 2011, CHI St. Joesph’s Health Community Health in Park Rapids has been funding and supporting the FATHER Project. 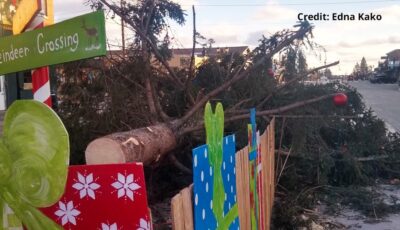