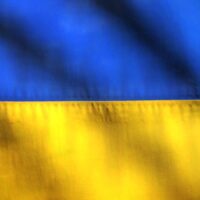 Teacher in Minnesota Asked to Take Down Ukrainian Flag

BYRON, Minn. (AP) — A teacher in southeastern Minnesota has been asked by high school administrators to remove a Ukrainian flag from her classroom, a flag her students asked her to display as a show of solidarity for the war-torn country.

Byron Public Schools Superintendent Mike Neubeck says district lawyers are reviewing the school system’s policy covering what can be displayed in classrooms. He said he’s concerned that allowing teachers to hang the Ukrainian flag now could be a problem in the future.

“If we have Ukrainian flags hanging up, and someone wants to come and hang a different type of flag, we can’t say yes to this group, and no to this group,” he said.

The co-president of the local teacher’s union, Justin Blom, said in the context of Russia’s attacks on Ukraine, displaying the flag isn’t political.

“Is this a political and a partisan issue? It’s not,” he said. “The U.S. Senate unanimously declared Vladimir Putin a war criminal. You know, how unified can you get when the U.S. Senate actually agrees on something?”

Blom says displaying the flag is one way for kids to identify and talk about bullying, Minnesota Public Radio News reported.