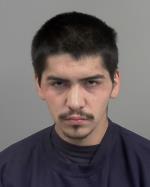 A suspect who was allegedly seen committing a daytime burglary in Bemidji Sunday afternoon has been identified and is being charged with burglary in the first degree of possession of a dangerous weapon and assault in the second degree.

21-year-old Stanley Charles Donnell of Redby made his first appearance in Beltrami County Court. His bail was set at $75,000 without conditions and $25,000 with conditions.

According to the criminal complaint, on Sunday at around 2:50 PM, a witness heard his neighbors dogs barking loudly when they looked out and saw the suspect, Donnell, exiting the back of the home. The witness saw the suspect carrying two guns, and when he tried to approach him, the suspect fired a shot into the ground and then pointed the gun at the witness and told him to get out. The witness went on to explain that when he walked away, he saw the man leave a rifle in the grass and ran off carrying the shotgun. The witness then described the suspect.

Officers were able to locate a rifle and shotgun casings where the witness stated the confrontation took place. Knives were also found in the area.

Officers were able to speak with the homeowner, who says he learned about the burglary from his neighbor. The homeowner went home, and when he entered, he noticed a rifle and shotgun had been stolen. He was able to show officers surveillance footage that allegedly showed the suspect entering the home and stealing the two guns. At about 9:20 PM Sunday, officers located and arrested Donnell.

Donnell could face up to 20 years in prison for the first-degree burglary charge. 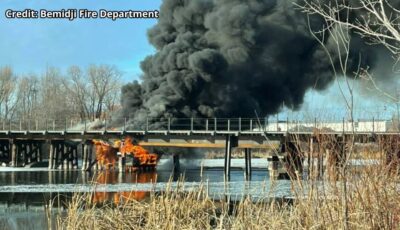 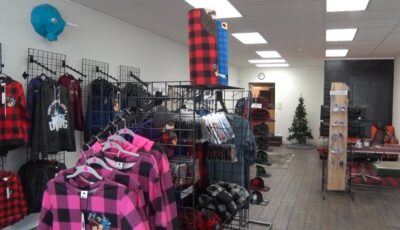 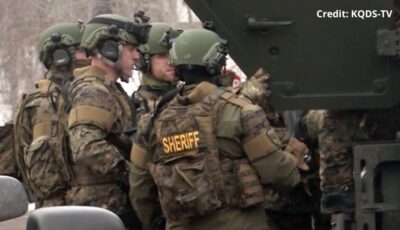