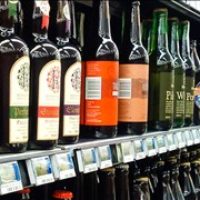 Minnesota lawmakers could make a move and officially end the ban on Sunday liquor sales.

The Minnesota House of Representatives is set to vote on the issue Monday afternoon. Some lawmakers expect the bill to pass easily through the Senate.

This is the first time the Sunday liquor sales bill has made it to the house floor. Over the past few years the bill was never able to pass out of committee.

There is some opposition to the bill. Small independent liquor storeowners have been saying that they will sell the same amount of liquor over seven days as they do on six days and then they have to pay for staff for seven days.

In 2015, a change in Sunday alcohol sales happened when a law allowing alcohol sales starting at 8 am on Sundays in bars and restaurants went into effect.

Governor Mark Dayton has said if the bill makes it to his desk, he will sign it.