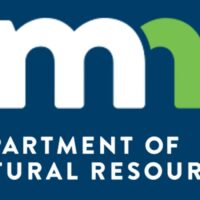 The Minnesota Department of Natural Resources has confirmed the invasive algae starry stonewort in Pimushe Lake, about 20 miles northeast of Bemidji in Beltrami County.

Beltrami County Environmental Services contacted the DNR after finding starry stonewort during an early access detection check. The DNR is conducting searches to determine the locations and extent of starry stonewort in the lake.

The DNR will work with Beltrami County and the Beltrami County Lakes and Rivers Association to consider management options. Funds are available for an immediate response that could include hand pulling, herbicide applications and other methods as appropriate.

Starry stonewort has never been eradicated from any U.S. lake, but treatment or careful removal can help reduce the risk of spread and provide nuisance relief for water-related recreational activities. Early detection is key to effective management.

With the addition of Pimushe Lake, starry stonewort has now been confirmed in 17 of Minnesota’s 11,842 lakes. It was first confirmed in Minnesota in 2015.

Pimushe Lake is in close proximity to other Beltrami County lakes with confirmed populations of starry stonewort, but Pimushe is not directly connected to any of those lakes.

Starry stonewort is an alga that looks similar to native aquatic plants and can form dense mats, which can interfere with use of a lake and compete with native plants. It is most likely spread when fragments have not been properly cleaned from trailered boats, personal watercraft, docks, boat lifts, anchors or other water-related equipment.

Some invasive species are small and difficult to see at the access. To remove or kill them, take one or more of the following precautions before moving to another waterbody, especially after leaving infested waters:

Details about starry stonewort and other aquatic invasive species are available at mndnr.gov/ais.