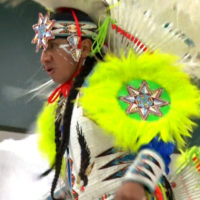 A group of American Indians is seeking to attain land from a federal government promise from 1862 when their ancestors rescued whites during an Indian War.

The land is located in west-central Minnesota on a 12 square-mile tract. The six people seeking the land for about 20,000 Mdewakanton Sioux Indians have been fighting the federal government and the people who settled the land since 2003. Because the high court rejected the earlier request the group has asked the U.S. Supreme Court to take up the issue.

The 20,000 Sioux people who would receive the land live in Minnesota, North Dakota, South Dakota, Nebraska and on the Lakota reservations.

One of the members of the group named Sheldon Wolfchild said he sees the lawsuit as a continuation of his ancestors fight for freedom.

The attorney for the Native Americans group Erick Kaardal, says they cannot sue the federal government over the issue, only those who now live on the land.

Over 100 people in the three counties own land cited in the lawsuit.

Glen Jacobson, Renville County assistant attorney, believes that the groups has a weak case because due to a legal principle that states a plaintiff loses his rights to something when he waits too long to claim it.

Kaardal said originally they were supposed to be escorted to the land by Col. Henry Sibley, but he later determined that “white hostilities” toward American Indians in Minnesota at that time made it too unsafe.