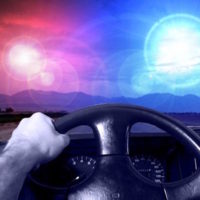 The Beltrami County Sheriff’s Office announced Thursday that a K9 team with their office assisted in the apprehension of two individuals that fled authorities in a stolen vehicle in August.

According to a release, on August 11, 2019, a vehicle was reported stolen from the Red Lake Falls area and was later located by a trooper with the Minnesota State Patrol. A pursuit ensued, and the stolen vehicle was successfully stopped after a tire deflation device was used on Highway 2 near Shevlin.

The vehicle became disabled near the Beltrami County/Clearwater County line, approximately 16 miles west of Bemidji, and two male occupants fled on foot into nearby woods. The trooper and assisting officers from the Clearwater County Sheriff’s Office established a perimeter and called in the assistance of the Beltrami County Sheriff’s Office’s K9 team.

Beltrami County Deputy Kyle Nohre and his K9 partner Mac responded to the scene and began to track the suspects. After a two-mile long track in heavily wooded areas, fields, and trails, K9 Mac began alerting to finding the suspects and led Deputy Nohre towards an enclosed, elevated deer stand about 75 yards away.

Two male suspects, one from Gallatin, Tennessee and another from Miami, Florida, were located in the deer stand and taken into custody without incident.

According to the sheriff’s office, “This is another proud example of the capabilities of highly trained K9 team and collaborative efforts of the Minnesota State Patrol, Bagley Police Department, White Earth Police Department and the Beltrami County Sheriff’s Office.”