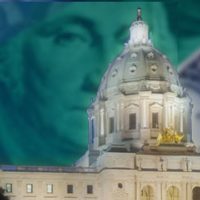 MINNEAPOLIS (AP) — Several members of Minnesota’s congressional delegation said they will donate their pay to charity during the partial federal government shutdown. Reps. Pete Stauber, a Republican, and Angie Craig, a Democrat, said Monday they would donate their salaries during the shutdown.

Stauber says he believes it isn’t right for members of Congress to be paid “while parts of the federal government remain shut down and thousands of federal worker are furloughed.” He plans to donate his pay to the Domestic Abuse Intervention Programs in Duluth. Craig says she’ll donate her salary to the Eagan Open Door Pantry and Wabasha Food Shelf.

Democratic Sen. Tina Smith will donate her salary to The Advocates for Human Rights. A representative for Sen. Amy Klobuchar, also a Democrat, says Klobuchar has donated her pay to charity in the past and plans to do so again.

Democratic Rep. Dean Phillips asked Tuesday that his pay be withheld until an appropriations agreement goes into effect. Phillips said he plans to donate his pay to three organizations: Cornerstone Minnesota, Second Harvest Heartland and Vietnam Veterans of America.

A spokesman for Republican Rep. Jim Hagedorn says Hagedorn will defer his pay until government is fully reopened.

A representative said Rep. Betty McCollum, a Democrat, was accepting her salary as she works to end the shutdown. Democratic Rep. Ilhan Omar didn’t immediately respond. A spokeswoman for Rep. Tom Emmer, a Republican, said he was unavailable for comment. A representative for Democratic Rep. Collin Peterson said he hadn’t decided.

Most House and Senate members are paid $174,000 annually.