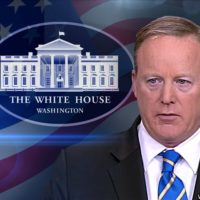 Spicer quit in protest over the hiring of a new White House communications director, New York financier Anthony Scaramucci, objecting to what Spicer considered his lack of qualifications and to the direction of the press operation, according to people familiar with the situation.

Spicer said during a brief phone conversation with The Associated Press that he felt it would be best for Scaramucci to be able to build his own operation “and chart a new way forward.”

He tweeted that it had been an “honor” and “privilege” to serve Trump and he would remain in his post through August.

Spicer had long sought the strategic communications job for himself and had been managing that role along with his press secretary duties for nearly two months.

His decision to quit was sudden and took advisers inside and outside the White House by surprise, according to the people with knowledge of the decision. They spoke on condition of anonymity because they were not authorized to discuss the personnel matter publicly.