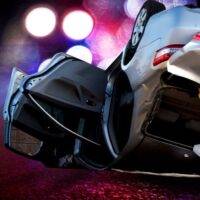 A vehicle rollover near Royalton in Morrison County on Saturday has left one person with critical injuries.

According to the Minnesota State Patrol, Alan Schumer, 52, of Royalton was travelling eastbound in Bellevue Township on Highway 10, driving his 1998 Buick LaSabre, when his vehicle left the roadway. Going into the ditch, the LaSabre made contact with the west shoulder. Schumer made a sharp turn, traveling across both lanes of the highway before once again entering the median. The LaSabre then rolled multiple times, finally landing on its roof in the middle of the eastbound lane of Highway 10.

Schumer sustained life-threatening injuries in the rollover. The airbag did not deploy, and no alcohol was involved in the accident. The victim was wearing his seat belt. Ambulance services transported Schumer to Regions Hospital.

Mayo Ambulance, the Royalton Fire Department and the Morrison County Sheriff’s Office all assisted on the scene.