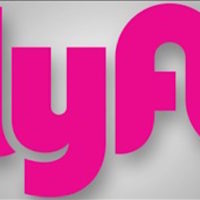 Bemidji may not have Uber just yet, but if folks in the area download the Lyft app, they can now request a ride. Service from the ridesharing app became available earlier this month.

While the city says they feel it’s great that people will have more ride options, potential drivers must follow some rules. “We looked at our code and we license taxi cab drivers, and under the personal transportation service, we felt like we could license those drivers under that,” says deputy city clerk Michelle Miller.

In order to operate as a Lyft driver, the city says you must obtain a license through the city, which is $45. You also have to pass a background check, which is $20. Finally, Bemidji police have to inspect your car.

When asked why the city is requiring the license, Miller says it comes down to “[s]afety for our patrons and citizens so that we know that they are in a reliable vehicle.”

The process of becoming a Lyft driver through the app is similar to the city’s, except there are no fees.

Signing up to become a Lyft is driver is pretty simple and it’s also a great way to make some extra cash, but the city warns if you don’t follow their rules, it could result in a penalty.

“It’s possible that they could be pulled over if they’re being shown as providing transportation…and then they would be asked if they’re licensed and if they’re not, they could potentially receive a citation,” says Miller.

LeBlanc says she reached out to Lyft about the city ordinance. She says she was told that if she ever did get a citation, she should send it to the company.

“I contacted Lyft and they said ‘No, all your stuff is through us. There shouldn’t be anything on top of that through your city because you’re contracted through us and all your information is through us,'” says LeBlanc.

Bemidji city code currently does not mention Lyft and Uber drivers, but the city says they’re working on changing that by the end of this year.

“There is an ordinance update in the process for transportation network companies which is actually what Uber and Lyft are, and that way we can develop the application process and the fee schedule that would apply and each company would apply for that,” says Miller.

We contacted Lyft to ask about the city’s rules regarding drivers. We have not received a response yet, but we will update this story when we do.