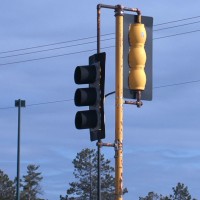 In many rural areas across Minnesota, transportation can be nearly impossible if you do not have the ability to drive. An organization has recently been set up by the Minnesota Department of Transportation to try and resolve some of the barriers facing residents in the Region Five counties.

“When they first told me that I wasn’t going to be able to drive, for a while it was like, ‘just let me die now,’” Backus resident Jamie Wolske said.

“We are so spread out,” Wolske said. “There’s nothing here for transportation, nothing at all if you don’t drive.”

In Cass County, there is a group called Faith in Action which relies on community volunteers to transport people if they have no other options. Cass County also has Health, Human, and Veteran services which also functions on volunteer drivers, but they can only transport specific groups of people that meet certain requirements. Both of these programs can’t transport people to work or other functions every day.

To help solve these problems the Minnesota Department of Transportation has set up a Regional Transportation Coordinating Council (RTCC) for Region Five.

“It’s difficult for public transportation, or private, or volunteer drivers to get to so many places when it’s so spread out,” Matt Kallroos, Region Five Regional Planner, said. “So, this is seeing how we can help out those individuals that are struggling. How can we erase the barriers to make it easier for people to use transit?”

The RTCC has been gathering information from the public and from stakeholders to come up with a plan to make transit more efficient in the next year.

“The first year is kind of the planning, and the second year is implementing what we just planned,” Kallroos said. “So, what we are planning is all through the stakeholders, and what they come up with is going to be the plan that goes for year two.”

Many ideas are being thrown around, but it is not as easy as just getting another bus route because of the long distances.

“I would see a very, very layered system that would be intricate,” Eclov said.

The RTCC has a long way to go to solve the problem, but many residents are at least happy there are conversations happening.

The RTCC’s next public meeting is scheduled for April 2nd at the Northland Arboretum in Brainerd.