According to court documents, on November 21, 2020, Joshua Jon Lussier, 34, was arrested in Hubbard County, Minnesota, pursuant to a federal arrest warrant. In Lussier’s vehicle, law enforcement observed in plain sight a glass smoking device commonly used for methamphetamine and approximately ten grams of methamphetamine. A subsequent search of the vehicle revealed 893 grams of methamphetamine, 83 grams of fentanyl, and drug distribution paraphernalia, including common cutting agents used to increase the total weight amount of controlled substances. Lussier admitted that the drugs in his vehicle belonged to him and were intended for distribution.

In April 2019, Lussier was found in possession of a Remington .243 caliber, Model 770 rifle. Because he has a prior felony conviction in Pennington County, Lussier is prohibited from possessing firearms or ammunition at any time.

This case is the result of investigations conducted by the Red Lake Department of Public Safety and the FBI Paul Bunyan Drug Task Force.

Assistant U.S. Attorney Evan B. Gilead is prosecuting the case. 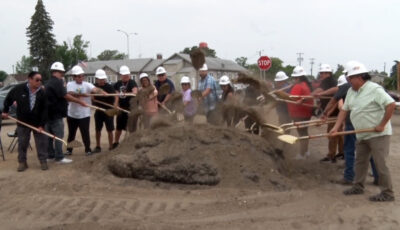