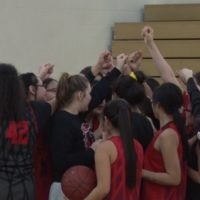 The Red Lake girls basketball team made it to the state tournament for the first time in school history two years ago, and after a hiatus last year, the Warriors are back in the big dance and ready to make Red Lake proud.

They were definitely the underdogs in the section championship game against 12th-ranked Stephen-Argyle, having already lost to them this season, but the Warriors came together and played arguably their best game of the season.

“I knew that we could beat them since the beginning of the season because all of these girls had the talent to beat them, and no team is unbeatable,” said Angel McClain, the team’s lone senior.

“It’s really nice knowing that I’ve played with these girls since elementary and we’ve finally made it this far as a group,” said junior Autumn Holthusen.

“We were pressuring the ball and getting up and trying to scare them a little bit,” said junior Kaylynn Chaboyea.

“They came together as a crew and they wanted it more than Stephen-Argyle wanted it,” said head coach Randy Holthusen.

They’ll need another great performance Thursday, as the team has drawn top-seeded Minneota in the first round, but their coach is confident they can rise to the occasion.

“If they put two good halves of basketball together and play both ends of the floor, they can accomplish anything,” said Randy Holthusen.

“We take our sports very seriously around here and sometimes I think that’s the only thing that some people have to look forward to. We inspire a lot of people,” said Randy Holthusen.

“The fans help us push more and everything we do is for them,” said Chaboyea. 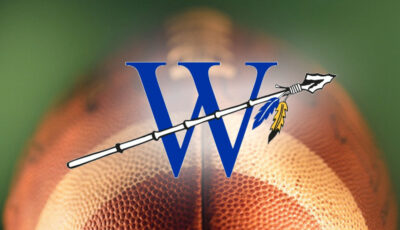