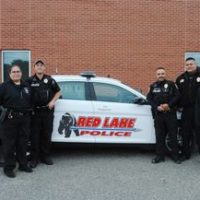 In a press release, the Red Lake Department proudly announced there have been zero deaths on reservation roadways from October 1st, 2015 to September 30th, 2016.  There are 675 miles of roadway on the reservation.

The Department is also working with the Red Lake Reservation Code Committee ‘to improve community safety on tribal roadways.’

Due to stipulations through BIA funding, the department implemented the traffic safety mobilizations “Click it or Ticket”, “Don’t Drink and Drive” and “Don’t Shatter the Dream.”