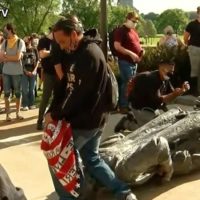 Protesters have pulled down a statue of Christopher Columbus outside the Minnesota State Capitol amid continuing anger over the death of George Floyd.

The protesters threw a rope around the 10-foot bronze statue Wednesday afternoon and pulled it off its stone pedestal. The protesters, including Dakota and Ojibwe Indians, said they consider Columbus a symbol of genocide against Native Americans. They said they had tried many times to remove it through the political process, but without success.

According to KSTP-TV, the American Indian Movement (AIM) organized the rally. The station reports that state officials were aware the rally had been planned, but they hoped the situation could be resolved peacefully. A State Patrol trooper who provides security in the Capitol complex stood by at a distance but did not try to stop the protesters, who celebrated afterwards with Native American singing and drumming.

KSTP-TV says the bronze state was gifted to the state by Italian Americans and has stood at the State Capitol since 1931. 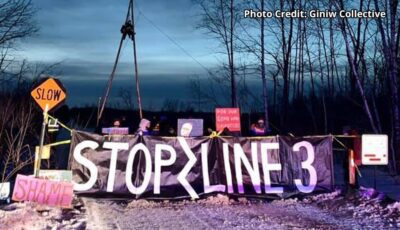 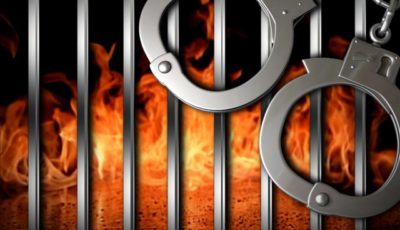