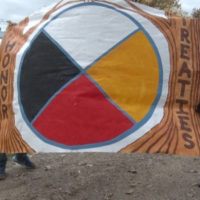 A group of climate activists gathered in Clearbrook on Monday for Indigenous Peoples’ Day and marched to the Enbridge tar sands pipeline terminal.

The peaceful protest started with a rally. Over 120 people took part in the march that started down 470th Street all the way to the Enbridge main terminal. Protesters of Line 3 pipeline are drawing attention to the expansion of the oil company, the pipeline’s effects on climate change, and indigenous rights violations.

“These extracted industries impact our communities in different ways beyond just the environment these industries lead to upticks in violent crime, into sex trafficking, into all kinds of really pervasive and harmful consequences that we have to bear,” said tribal attorney Tara Houska.

There were protestors from different tribal nations, but there were also counter protestors that lined the streets on the opposite side in support of the proposed Line 3 pipeline. A supporter for Line 3 says the proposed pipeline effects everyone.

“They all drove to get here. It effects the entire community, and everybody around. We all drive, we all need to get to where we’re going. Nobody is offering a better alternative, “said Line 3 supporter Derek Maruska.

The Enbridge entry point into the United States starts in Clearbrook. 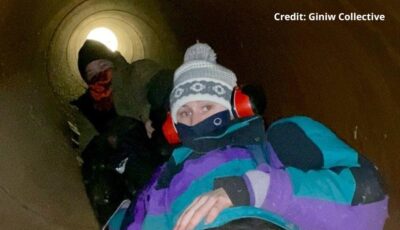 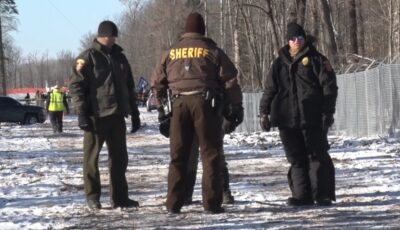