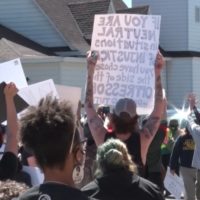 Protest in Honor of George Floyd Held in Bemidji

A protest took place over the weekend in Bemidji in response to the death of George Floyd, echoing larger protests centered in Minneapolis.

The protest began at 2 PM at Paul and Babe in the heart of downtown Bemidji. The peaceful gathering featured music, chanting, and speeches to a crowd of an estimated 300 people, including a speech by Dr. David Frison.

Once at the police station, the crowd grew to an estimated 500 people. The crowd approached two police vehicles that were sitting outside of the station.

There was a small altercation between a portion of the crowd and the police. One volunteer was hit by a police car that was backing out of the crowd slowly, but they were not injured. Protest organizers, including Native American elders, stood between the officers and the crowd in order to maintain peace.

The crowd then returned to Paul Bunyan Park, but one protester who was throwing rocks at the police station and did not return to the park was arrested for disorderly conduct. Once at the park, many continued to hold signs visible from the street.

The protests disbanded peacefully by 5:15 that day. A curfew was enacted from 8 PM to 6 AM on both nights of the weekend, but no arrests were made as a result of breaking curfew. 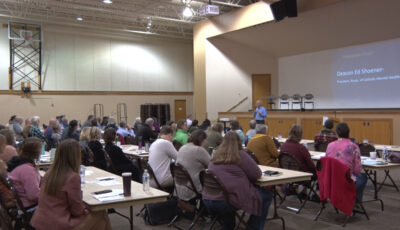 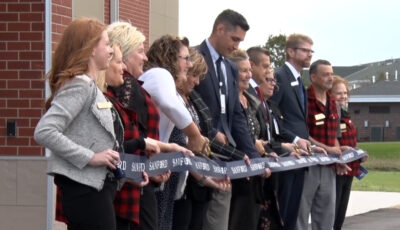 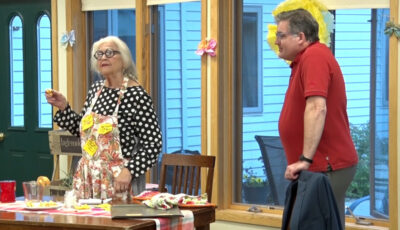 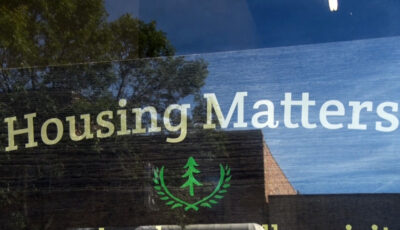