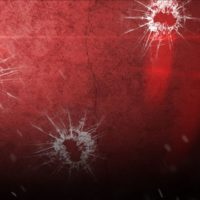 Property Owner Discovers His Cabin Was Hit By Gun Fire

What was thought to have been early morning firecrackers turns out was much more serious.  The Wadena County Sheriff’s Office received a report from a landowner who says they discovered bullet holes in the walls of their cabin.

When the Deputy arrived at the cabin on Sunday, which is located in section 24 of Bullard Township, the homeowners stated they heard a loud noise around 2:45 A.M., which they thought was fireworks or a semi-automatic weapon that was firing in a rapid fashion.  They said they didn’t think anything of it at the time until later in the day they noticed the holes in the cabin walls as well as located bullets on the floor of the cabin.

Law Enforcement collected the shell casings that were located on County Road 30 as well as the bullets from inside the cabin.  The items collected will be processed for evidence.