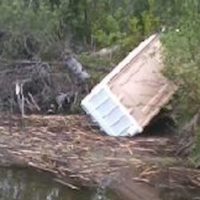 Most public lake accesses have the luxury of having a portable restroom on site. However, when one A.I.S inspector showed up to work Monday morning, the portable toilet was missing.

Roger Davis, who works at the Big Turtle Lake Public Access as an aquatic invasive species boat inspector, discovered the portable outhouse shortly after 6:00 a.m. Monday flipped upside down with its contents escaping on to the shoreline and into the lake.

Davis said he contacted the Beltrami County Sheriff’s Office who arrived on the scene shortly after. The sheriff’s office got in touch with the owner of the portable outhouse to have the outhouse removed from the lake.

Davis said he assisted the owner of the portable restroom and relocated it further from the shore.

Davis said there was no sign that the portable toilet was flipped into the water because of animals. He said he considers the situation vandalism. 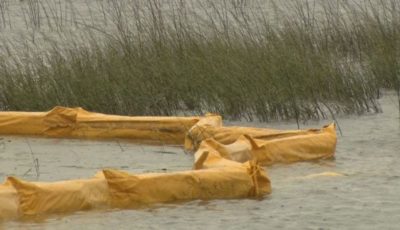