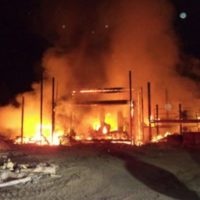 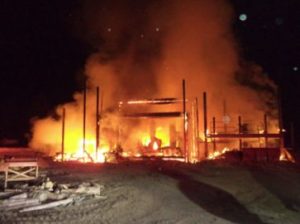 Bemidji Fire Department responded to a structure fire in Port Hope Township early Wednesday morning. The fire, which was located in the 15000 block of Gull Lake Loop Road NE, was reported at 1:57 A-M, according to a press release.

Bemidji Firefighters arrived on scene to find a fully involved structure. Twelve firefighters used 1 engine, 2 water tenders and a squad on the scene.

Bemidji Fire was assisted by an Engine crew and Tender crew from Blackduck Fire Department. The fire department was on scene approximately 6 hours.

The cause of the fire is currently under investigation by the Bemidji Fire Department, however appears to be accidental in nature.

No injuries were reported. The structure and contents are considered a total loss.

The fire department was assisted at the scene by the Beltrami County Sheriff’s Office, U.S. Border Patrol, Beltrami Electric and Bemidji Ambulance Service. 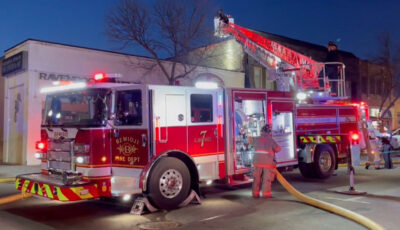 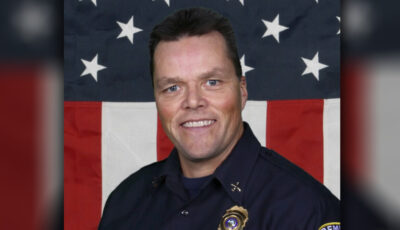