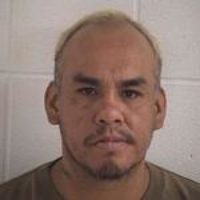 A Ponsford man has been found guilty of raping a 16 year old girl in the basement of his mother’s house. 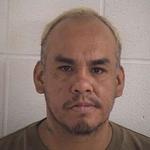 According to the complaint filed with Becker County District Court, on May 29, 2015, White Earth Officers responded to the St. Mary’s ER on a report of a sexual assault. The officers observed a known, 16 year old who reported that the night before, Bellanger (aka Joseph Lee Rock) had sexually assaulted her.

The 16-year old reported that they were in the basement of his mother’s house at 28070 Migizi Avenue, Unit #9 after he had driven her to the Park Rapids Liquor Store.

She and a friend were at the house with Bellanger when her friend left. She also reportedly wanted to leave after her friend did, but Bellanger grabbed her by the hair and forced her down. She said he got on top of her and shoved a sock or rag or cloth into her mouth.

The report states the girl fought, but Bellanger pinned her arms above her, hitting her in the face a couple of times. Officers could see bruising to the 16-year old’s face. The girl told police Bellanger flipped her over onto her stomach and ripped off her clothing, raping her. Afterwards, Bellanger got up to go to the bathroom, during which time the victim hurriedly put on her clothes and ran out of the house into the field. The report states the girl’s house was nearby, and as she was running, she found her brother and told him what happened. He took her home, and the girl was seen at the St. Mary’s ER and then transported to Fargo for medical attention.

Sentencing for Bellanger is scheduled for May 27.