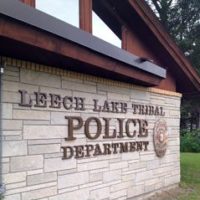 Police Officer Charged for Pornographic Images of a Minor

The Minnesota Department of Public Safety Bureau of Criminal Apprehension conducted the investigation at the request of Leech Lake Tribal Police Department, and it remains as an open investigation.

According to the complaint, Northbird was in contact with the minor via Facebook around July 14, 2016. The reporting party indicated that the minor used her friend’s phone to log into Facebook, and it was her friend who noticed the inappropriate conversation between the minor and Northbird. Special Agents Adam Wright and Chad Museus met with Northbird at the Leech Lake Tribal Police Department,

Northbird stated he met the minor around last March, and that she had told him she was 19, not 17, her actual age. Northbird admitted to the special agents that he had communicated with her through Snapchat by sending pictures, through two Facebook accounts and text messages.

Northbird stated that the minor had sent pictures of herself to him, admitting that he could “probably” see her. He also admitted to sending pictures of himself.

Special Agent Wright noted there were numerous photographs of the minor on Northbird’s personal cell phone.

On July 19th, Special Agent Wright met with the minor’s grandmother, who had reported the inappropriate conduct to Behavioral Services. The grandmother knew Northbird for about 10 years, as he was a student at Leech Lake Tribal College where she has been employed for the last thirteen years.

Northbird will make his first appearance in Cass County District Court on December 28, 2016.