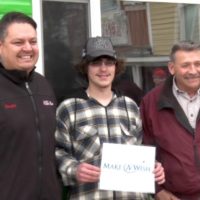 A Park Rapids teen who’s battling a respiratory condition is the proud new owner of a custom Ice Castle Fish House, thanks to the Smokey Hills Outdoor Store and the Minnesota Make-A-Wish Foundation.

“Just getting out on the lake and enjoying it. Enjoying fishing and hanging out with friends and family,” says 17-year-old Jordan Eischens, the recipient of the wish.

It all started with a phone call.

“I talked to Make-A-Wish. They gave us a budget. We needed a little bit more so we decided, ‘are we going to fundraise? How are we going to make this happen? But we’re going to do it!’ And I gave Jeff Drexler a call at the Ice Castle Fish Houses and sent him a video, and he didn’t hesitate. He just said ‘whatever you guys need,’” says Hendri Ernst, the president of the Smokey Hills Outdoor Store.

Jordan is an avid outdoorsman who loves to fish and hunt. He received the keys to his new palace surrounded by family and friends.

Jordan teamed up with the Smokey Hills Outdoor Store to create the house just the way he wanted it. That journey started about two months ago.

“I’m just pretty blessed they did what they did really happy that it came true,” adds Eischens.

The amenities on the ice castle are definitely fit for a fisherman like Jordan.

Eischens adds, “There’s custom dark flooring and an electric bed and a TV.”

“It’s not just for fishing. It’s camping, it’s hunting. This going to be a hunting shack. So it’s a multiple use thing. It’s going to be used all year,” says Ernst.

Jordan says it lived up to his expectations.

“He’s super easy to work with because he knows his fishing, so he knows exactly ‘I want that’ because he’s going to be keeping a lot of fish,” says Ernst with a laugh.

“I’m gonna get it home and move all my stuff in here from my bedroom,” says Jordan with a smile.

Two People Killed After Head-on Crash with Semi Near Wadena 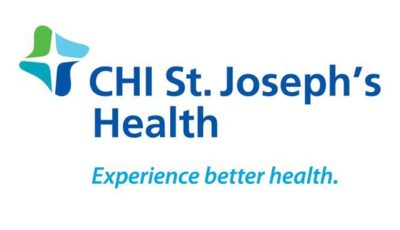 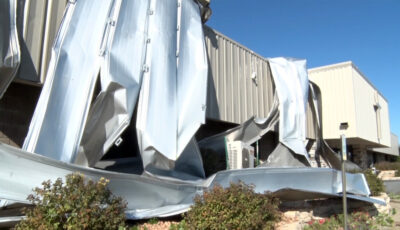