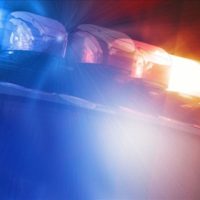 Lorin Losh, 22, of Remer, died after he was driving his Chrysler Town and Country eastbound on Itasca County Road 28 when the car skid through a stop sign and began to roll, according to a report by the Minnesota State Patrol. After hitting the pole with its roof, the car came to a stop on the passenger side.

Savannah Hinsz, 19, also of Remer, was also in the car at the time of the accident. She was transported to Deer River Hospital with non-life threatening injuries. An infant also in the car was not injured.

The report was filed at 6:12 P.M. on Saturday evening and noted that neither Losh nor Hinsz were wearing their seatbelts at the time of the crash.

Alcohol is not believed to be a factor in the crash and the report states that roads were snow-covered.

Minnesota State Patrol was assisted in the investigation by the Itasca County Sheriff’s Office.