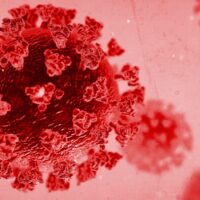 Officials Watching Different COVID-19 Variants That Could Be More Dangerous

COVID-19 positive cases are trending downward in Minnesota, but now, health officials are watching different strains of COVID-19 that could potentially be more dangerous.

These variants seem to spread more easily and quickly than other variants, which may lead to more cases of COVID-19. Currently, there is no evidence that these variants cause more severe illness or increased risk of death. However, an increase in the number of cases will put more strain on health care resources, lead to more hospitalizations, and potentially more deaths.

According to the CDC website, multiple COVID-19 variants are circulating around the globe:

In Minnesota on Tuesday, the state reported eight new COVID-19 related deaths along with 727 new coronavirus cases. That’s the fewest number of cases reported in one day since September 29.

The deaths included no one from the Lakeland viewing area. The new cases came from 10,929 tests for a case positivity rate of 6.6%. The seven-day rolling average for case positivity remains at 5.1%.

In the Lakeland viewing area, the state reported 29 new cases in the following counties: