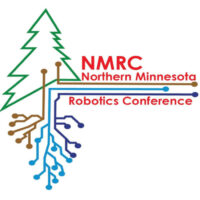 The Northern Minnesota Robotics Conference has announced the first recipients of their new scholarship program.

There are two scholarships now being offered. The first is the NMRC General Scholarship of $500, which is open to any student participating in robotics within the NMRC service area of northwestern Minnesota who choose to pursue any career or area of interest they have during post-secondary education. This could be a traditional four-year institution or two-year institutions.

This year’s NMRC General Scholarship award winner is Abigail Johnson. Abigail is a member of the robotics team at Bemidji High School, the RoboJacks (team #4674). She has plans on pursuing a degree in mechanical engineering and business management.

“One of the greatest outcomes of being a part of the robotics team was the impact I could make on people on the team and in our community … This experience has helped me find who I am and motivated me to help those around me find their passions … I hope I pass on my knowledge and love for robotics to those who come after me,” said Johnson in her essay submission.

This year’s NMRC General Scholarship for Under-represented Groups award winner is Lukas Hruby. Lukas is a member of the robotics team from Warroad High School, F.R.E.D. Robotics (team #2883). In Lukas’ essay submission, he spoke repeatedly about sharing what he has learned and how giving back to the very programs that taught him so much throughout his time at Warroad being involved with robotics at many levels.

“When one person works alone, it’s difficult for others to learn from that person … robotics functions as a team … and being on a team to me means working together … spreading the knowledge to new members on the team so that the team can be successful for years to come,” said Lukas.