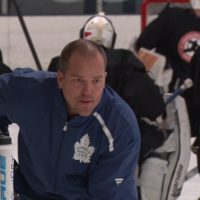 For the past 19 years, Canadian Professional Goalie Schools has held a camp in Bemidji bringing some of the best young hockey goaltenders in the country to Northern Minnesota. Founded by Toronto Maple Leafs goalie coach Steve Briere, he emphasizes that his teachings off the ice are maybe even more important than those on it.

Spend just five minutes at one of Briere’s camps and you can tell that he and his staff love goaltending.

“Being a goalie is the most special thing you can do,” says Briere. “And the lessons you learn from being a goalie you can transfer to the rest of your life.”

After playing against Bemidji State with Alabama Huntsville, he founded Canadian Professional Goalie Schools and brought his goalie camp to Bemidji after a goalie camp run by former BSU head coach Bob Peters ended. At his week-long elite camp, Briere shares his knowledge and enthusiasm with junior goalies from across the country.

“He’s passionate about hockey, he’s the most passionate person I’ve ever met in my life,” says Jordan Marr, an instructor who started coming to the Bemidji camp as a player when he was 11.

“I think he spreads that to all the coaches. He brings guys on board who are passionate about coaching. I think that spread to the campers,” Marr says.

The kids spend 15 hours on the ice, with the rest of the week devoted to video sessions, athleticism training, and activities such as golfing and fishing, enjoying all that Bemidji has to offer.

“I think the kids have so much fun going from ice to meals to fishing to golfing to the classroom all within a five-minute drive. I don’t know anywhere else you can do that in the country,” says Briere.

That variety differentiates CPGS from other elite camps in the country, making it a favorite for players to return to year after year.

“It’s an awesome camp,” says Grant Linville from Edmond, Oklahoma. “Steve’s a great coach, I always learn something new from him. And it’s always a fun time.”

“They preach the hard work on the ice, we get that done, but we also love to have fun,” says Sam Woessner from Denver, Colorado. “And I think that’s what makes this camp so awesome.”

Another perk of having the camp in Bemidji is that Bemidji State hockey players and local high schoolers are able to act as shooters for the goalies.

On the lake and the course and everywhere in between, the coaches get to know the campers, and can better tailor their teaching on the ice.

“There’s as many styles of goaltending as there are goalies,” says Josh Aycock, the camp’s head instructor. “Every kid has certain things that work really well for them, and so really a big theme for us is trying to find what works for each kid.”

Briere and his staff also help the goalies become better teammates and leaders, which provides lasting benefits long after they hang up the pads.

“If we can teach them to be great goaltenders at the same time as becoming great people, using the attributes that they learned to be a goaltender and transferring them into everyday life, then we’ve created great people,” says Briere. “And the more great people we can create then the better off we are.” 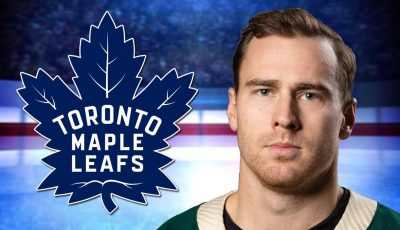 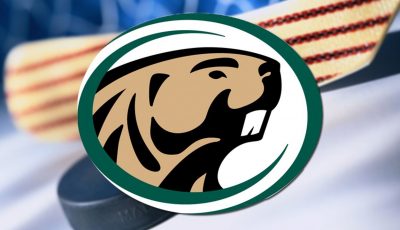