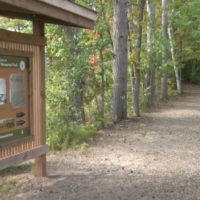 New Park Commemorates Those Lost In Milford Mine Collapse

Crow Wing County is hoping to preserve the history of the 1924 mining disaster in Crosby. Today, the Milford Memorial Park is dedicated to the 41 miners who were lost when the mine collapsed.

After a decade of work and over $800,000, the park on the ground above the old mine is now open to the public. It features a picnic shelter and a boardwalk lined with the names of those 41 who lost their lives on Feb. 5, 1924.

On the day of the collapse, a nearby lake filled the underground tunnels with water and mud, making it almost impossible to escape. However, seven miners were able to get to the surface in time. Gloria Perpich, daughter of one of the miners, recalls that her father was called up out of the mine just an hour before disaster struck. Gloria was only eight at the time but remembers her father speaking of that day. 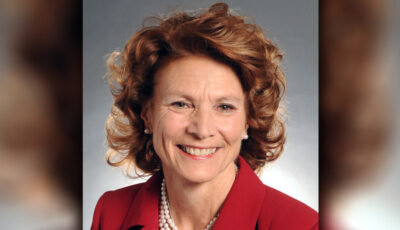