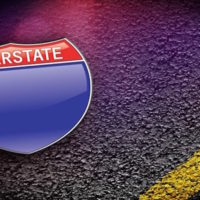 MINNEAPOLIS (AP) — During a new targeted speeding enforcement effort on highways around downtown Minneapolis, troopers arrested a driver suspected of being involved in multiple shootings.

The Minnesota State Patrol said it was one of several arrests Saturday night in the new 10-day initiative that started Valentine’s Day to crack down on speeding and criminal activity, particularly on Interstate 94 between downtown and I-694.

The State Patrol is calling the effort Highway Enforcement for Aggressive Traffic (HEAT) and it’s being assisted by aviation support. HEAT patrols stem from a meeting with police chiefs and sheriffs associations in early February to discuss ways State Patrol could support local law enforcement agencies.

The Star Tribune reports nearly 150 vehicles were stopped on Saturday for speeding, which led to two DWI arrests, 14 citations for driving without a valid license and seven stopped for hands-free violation.