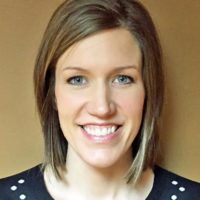 According to a press release from the United Way Denae Alamano has been named Executive Director of the United Way of Bemidji Area, and will begin her duties on Monday, October 24th, 2016.

Denae and her husband, Security Insurance Agent Orlando Alamano, live in Bemidji with their two children.

Alamano replaces Tanya Hasbargen, who led the United Way since December 2011, until becoming the Marketing Manager for RiverWood Bank.