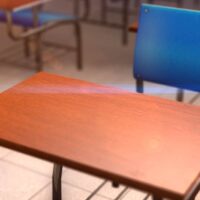 Minnesota. (AP) — Feedback from parents and educators on the first draft of new math standards for Minnesota K-12 grades has been overwhelmingly negative to the references to the state’s American Indian tribes.

A Minnesota Department of Education committee is proposing 20 new standards which summarize what students are expected to learn in math.

Five of the standards apply math concepts to examples “found in historical and contemporary Dakota and Anishinaabe communities and in other communities,” the St. Paul Pioneer Press reported.

Since the document was released last month, parents and educators have called the tribal references “awkward,” “forced” and “ridiculous,” according to 265 responses to an education department survey.

“Our MN students are failing math readiness for college. Please prioritize basic math concepts uncluttered by attempts to mix math with social studies and politics,” wrote one respondent who is identified as a school administrator.

“Stop the disingenuous virtue signaling,” wrote a parent. “It is very insulting to us Anishinaabe people.”

A Pioneer Press analysis found 162 respondents to the state survey were clearly critical of the tribal references, while 15 were mostly supportive. The rest either were neutral or unclear about their views on the issue or did not address it in their comments.

Teachers, who accounted for roughly half the survey respondents, were somewhat more supportive of the tribal references than were parents, school board members and school administrators.